Dornbirn and its hotspots

The largest town in the Rhine valley is considered a shopping town, and the hustle and bustle around the market square and the Church of St Martin, with its many small shops and businesses, certainly supports this reputation. It is not without good reason that boutiques flourish alongside well-known chains and cafés, since the centre is an extremely popular destination for shopping trips. 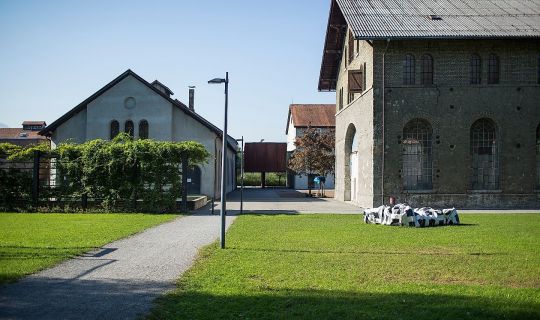 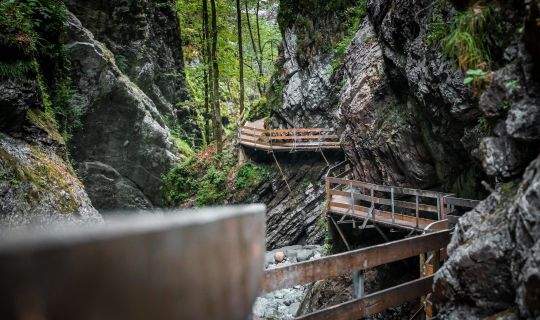 However, Dornbirn has much more to offer than just that. Along the banks of the Ach, you reach the spectacular Rappenlochschlucht, a recommended outing which certainly impresses guests. In Gütle, the industrial history meets a spectacle of nature. From here, paths take you to the unique vantage point above the Rhine Valley, the Karren and into hidden Ebnit, only a stone’s throw from beautiful mountain landscapes. The industrialisation of Vorarlberg was particularly successful in Dornbin. The mid-19th century saw numerous companies setting out on what would become a success story which has left behind urban traces. This has not changed – the competitiveness of the companies continues to leave its mark on the architecture and the lifestyle of the people even today. You must not miss the site of the closed-down Rüschwerke in the town park which have mutated into a cultural hotspot. Adapted with a great deal of sensitivity and stellar architecture, the old fabric of the former factory buildings form a lovely contrast to the modern art in the Kunstraum Dornbirn and the interactive inatura nature show which are both at home here.